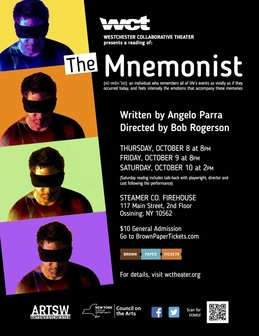 The Mnemonist by Angelo Parra
Directed by Bob Rogerson

The Mnemonist dramatizes the plight of a man who’s driven to desperate measures because he is unable to forget anything he experiences. Stan Hellman remembers all of his life’s events as vividly as if they occurred today, and feels intensely the pain that accompanies many of these memories. To put an end to his torment, he’s scheduled dangerous and illegal brain-altering surgery, and the only thing that stands between him and the potentially disastrous results is the common sense and tenacity of Maddie Dawson, the quirky and irreverent woman Stan is hiring to care for him after the risky procedure. 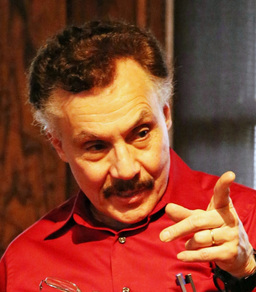 ANGELO PARRA, Playwright
Angelo Parra is an award­-winning playwright with productions Off­ Broadway, in LA, Chicago, and Washington, DC, at Hartford Stage, Florida Stage, Cape (Cod) Playhouse, George Street Playhouse, Cleveland Play House, Florida Rep, St. Luke’s Theatre (NYC), and Merrimack Repertory Theatre, among others; and at the Edinburgh International Theatre Festival. His The Devil’s Music: The Life and Blues of Bessie Smith was named among the “Top­ Ten Off­ Broadway Experiences” by the NY Daily News, performed at the 2012 Montreal International Jazz Festival, and nominated for a Lucille Lortel Award. Two other plays, Casino and The Slope, were the recipients Arts International grants, sponsored by the NEA, U.S. Information Agency, Rockefeller Foundation, and Pew Charitable Trusts. Parra’s honors include two NY Foundation for the Arts Fellowships in Scriptwriting and the 1998 Chicano/Latino Literary Award (UC Irvine) for Song of the Coquí. In 2000, he was named a Tennessee Williams Scholar at the Sewanee Writers Conference. Parra is a member of the Dramatists Guild, WCT, a member emeritus of the BMI/Lehman Engel Musical Theatre Workshop, and author of Playwriting for Dummies. Parra holds an MFA and teaches playwriting at SUNY Rockland and at the Hudson Valley Writers' Center. 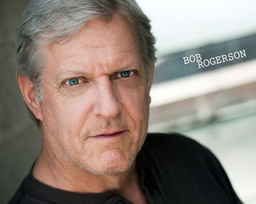 BOB ROGERSON, Director
As an actor, Bob Rogerson’s many theater credits span the entire contract range from “Production” to “Showcase.” He has had the pleasure to work with the likes of Terry Schreiber, Edward Norton, Vivian Matalon, Betty Buckley, Bob Hoskins, Cher and Richard Benjamin, to list a few. He has appeared in over 100 stage productions, including his recent work in Washington, DC at The Shakespeare Theatre Company, The Kennedy Center for the Arts, Ford’s Theatre, and Theater of the First Amendment. Bob’s directing, likewise, covers the range from amateur and university stages (including Canvases/42nd Street BlackBox; Comic Potential/Newport News) to professional venues (Shell Shock/NYC; You're a Good Man, Charlie Brown/Boston; and Bob’s own adaptation of Twain’s musings to create Adam & Eve as Seen Through the Pen of Mark Twain) to name just a few. Rogerson is one of the founding members of The Actors’ Process, an actor’s continuing study program, addressing the work of professional actors. As a proud member of Actors Equity Association and SAG-AFTRA, Rogerson has worked in almost every medium of the entertainment industry, including Stage, Screen, and Television.
CAST 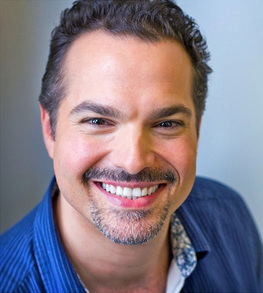 TOM COPPOLA recently portrayed James in Times Stands Still for The Armonk Players. Earlier this year, he appeared on stage for the Small Town Theatre Company, playing Treat in Orphans and Hal in Proof. Some other favorite roles include Elliot in Apt. 3A, Marco in A View from the Bridge, Emcee in Cabaret, Mark in The Shadow Box, Joe Pitt in Angels in America, Monty in Violet, The Baker in Into the Woods and John the Baptist/Judas in Godspell. As director/choreographer, Tom has staged multiple productions, including Gypsy (Curtain Call in Stamford, CT), The Great American Trailer Park Musical (Kokandy Productions, Chicago, IL), Forever Plaid (New Rochelle Theaterworks and Henlopen Theatre Project, Rehobeth Beach), The Most Happy Fella (Asbury Summer Theater), Frog and Toad (College of New Rochelle), Baby (SUNY Geneseo), Once on this Island (Iona College), and many musical revues throughout the tri-state area. By day, Tom produces TV, photography and video shoots for Broadway and live entertainment at SpotCo in NYC. He is also Press/Marketing Director for New Rochelle Opera.  Thank you for supporting live theater! 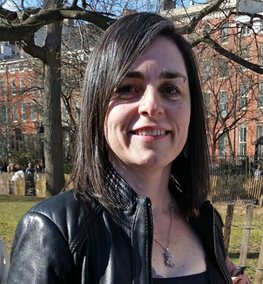 DIANNE ROXY PENNINGTON is happy to be a member of this WCT production. She most recently performed in WCT's readings Lovers & Exotic Strangers as Sylvia in The Ex Factor and as Astoria in Indelible. She also played Sissie in YCP's production of Dividing the Estate by Horton Foote and Wendy in Peter Andrew’s Zombie Chic in the Aery Theatre Play Festival. Dianne began acting/training with Axial Theatre/HM Acting in late 2011 and has performed in several Axial Theatre/HM Acting workshops, many WCT readings, and appeared in a 2014 episode of Investigation Discovery Channel’s A Crime to Remember.  She is an active WCT and YCP member. She would like to thank her daughters and the special people in her life... they know who they are... and her teachers and peers for their continued support to follow her dreams.
Stage directions read by MAGGIE RAGAINI
The WCT Play Reading Series is part of our commitment to develop new plays. This piece had already been workshopped in WCT labs and our collaborative dramaturg process. Audience feedback during our talk-back will facilitate further development of the work.
Copyright © 2013-2023 Westchester Collaborative Theater. All rights reserved.