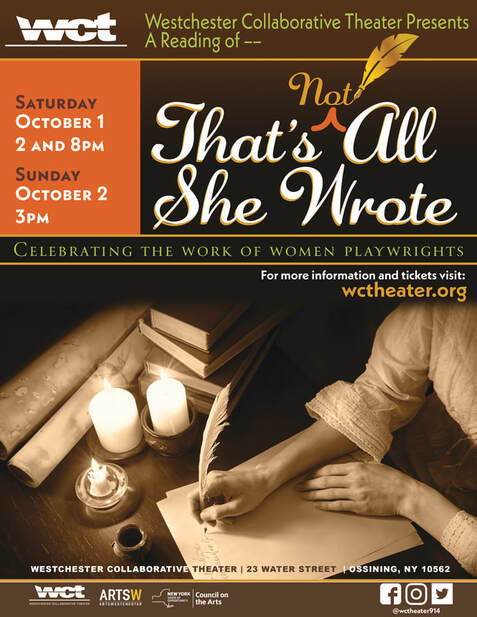 A staged reading of plays and monologues written by nine local women playwrights over 40.  The production is directed by Melissa Nocera.  Lori Myers, the executive producer says: “I want the writers to showcase their stories and the characters they’ve created. This is more than a festival of comedy and drama; it’s a celebration of women playwrights over 40 who, historically, have had to work harder to get past the theatrical ‘gatekeepers’ in order to get the job.”


The plays are:
What Keeps Us Going by Barbara Dana
Heartbreak on Board by Linda Bidwell Delaney
The Truth by Shelley Lerea
The Newlyweds by Kimberly Mallory
Road Kill by Carol Mark
Excerpts from The Image of Women &
Moments of Lucidity by Evelyn Mertens
Monologue excerpted from Paper Chains by Loretta Oleck
Other and Dr. Bob by Serena Norr
Stranger Danger and You by Misha Templar Sinclair
Purchase Tickets 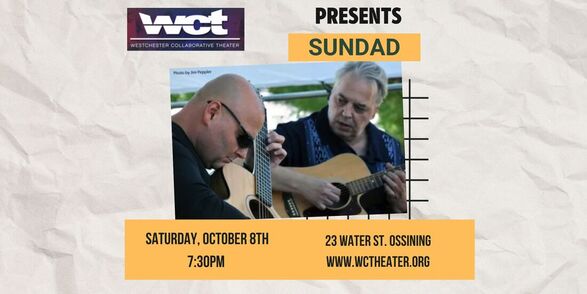 ​Sundad, father and son guitarists, John Eurell Sr. and John Eurell Jr. along with Kendall Buchanan on bass and Abe Speller on drums, perform a wide assortment of pieces that have made numerous top charts including World/New Age radio charts. 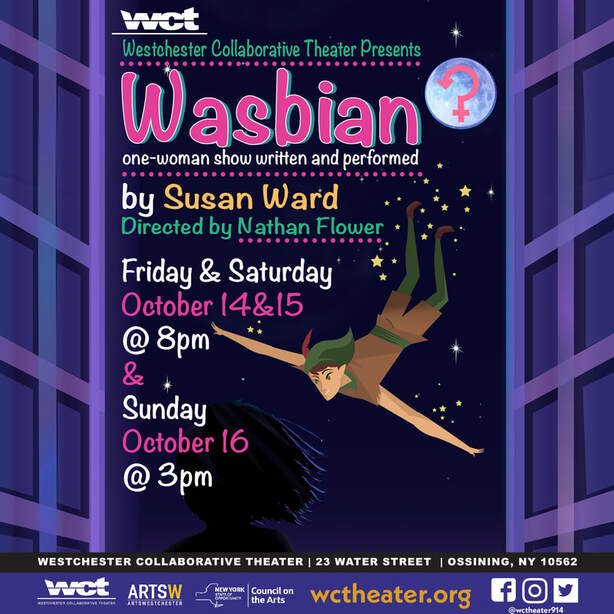 ​Wasbian, a one-woman show created by and starring WCT actor/writer/director company member Susan Ward of Ossining. Wasbian was first produced in NYC at The Emerging Artists New Works Festival.  For the upcoming production at WCT, Ward revised and renewed the original piece, taking into consideration how attitudes toward genderand sexuality have evolved over the past three years. The production is directed by Nathan Flower (NYU’s Tisch Drama Department).

Wasbian is LGBT slang, derogatory, sometimes offensive, for a former lesbian who is now heterosexual. Ward takes the audience on an autobiographical roller coaster ride as she searches for who she is, who she loves and how many flannel shirts she has to wear before she finds out.
Purchase Tickets
COVID Update:
WCT is fully committed to complying with New York State COVID protocols. We have installed upgraded HVAC, ventilation and filtration systems and will observe limited seating for all shows. Cast and crew members are fully vaccinated; audience members will need to show vaccination cards upon entry.
​ 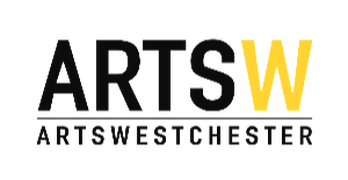 ​WCT is proud to be a grantee of ArtsWestchester with funding made possible by Westchester County government with the support of County Executive George Latimer. 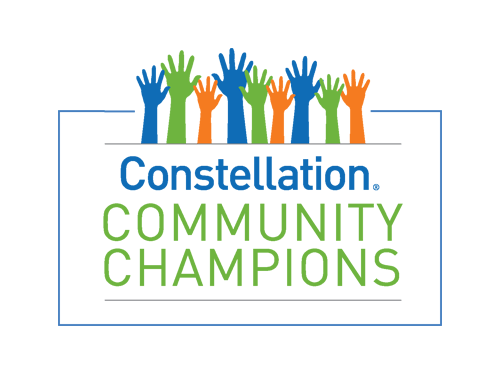