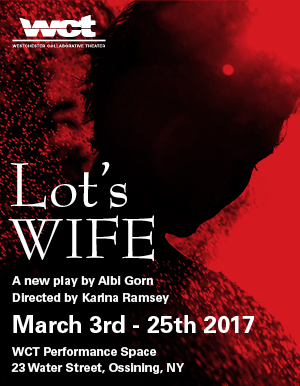 Lot's Wife is based on the Biblical tale of the destruction of Sodom and Gomorrah, with echoes of the Holocaust, Lot and his family desperately try to find ten devout souls to prevent the destruction of their home. Along the way they discover that the power of faith can have dire consequences, and that survival can exact its own disastrous repercussions.

Leavened with humor and humanity, Lot's Wife is a unique channeling of a troubled family, that is both timeless and topical.​

Albi has been writing plays for 25 years. His plays have been produced all over the United States, England and Mexico and have won numerous playwriting contests and festivals. Productions include: Hello, I Must Be Going (2000 Theatre Conspiracy Annual New Play Contest); To Know Him (2002 Dorothy Silver Playwriting Competition); Double Date (2003 TANYS Festival); Verbatim (2004 FirstStage One-Act Play Contest and 2005 Dubuque Fine Arts Players National One-Act Playwriting Competition); It's About Forgiveness (2005 Havemeyer One-Act Play Festival, The 2006 Winter Strawberry One-Act Festival, The 2013 20/20 Festival, 2015 TANYS Festival); The Rub (2004 French Festival finalist; 2007 Strawberry Festival finalist);  Gornisht (2009 AACT National Festival Finalist); Dearth of a Salesman (2009 TANYS Festival); Paradise Enow (2014 TANYS Festival). It’s About Forgiveness was a finalist in the 2014 All England Theatre Festival. Albi is a member of the Dramatists Guild, Westchester Collaborative Theater and Axial Theatre. His plays, songs and short stories may all be viewed or listened to at albigorn.com.

​Karina Ramsey is the Executive Producer of Westchester Collaborative Theater and a local resident in Ossining.  She has directed several productions for WCT including numerous staged readings and the 2015 Living Art Event. 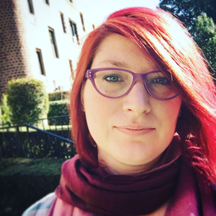 Julia LaVerde last worked on WCT's reading of LARDO, the 2016 Living Art Event, and 2014's production of Forget About Me. She works as a stage manager for various companies throughout Westchester including Actors Conservatory Theater. In her alternate life Julia freelances with communications, web and graphic design, and wedding coordination, among other things, but feels especially at home creating for and working on the stage.
Copyright © 2013-2023 Westchester Collaborative Theater. All rights reserved. Copyright © 2013-2015 Westchester Collaborative Theater. All rights reserved.
Site built by Alan Lutwin, Karina Ramsey, and Sherman Alpert