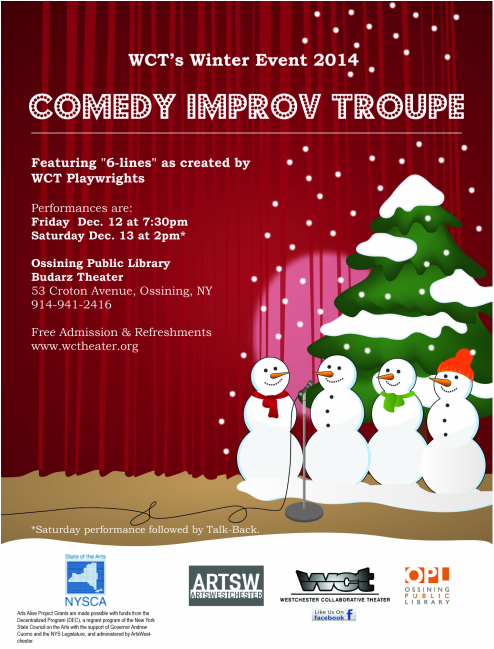 Admission is free and seating is on a first come, first served basis.

All of the performers are veteran improv actors who are part of the WCT Comedy Improv Troupe. The Ossining based group was founded by Jim Brownold, best known for his voice work in the TV series The Comic Strip and Doug.
Copyright © 2013-2023 Westchester Collaborative Theater. All rights reserved.