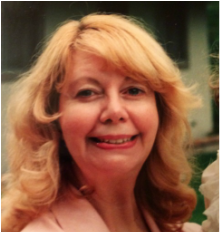 SYDNEY BLAKE, Playwright
Sydney is a former sitcom writer who worked on such series  as MAJOR DAD, EMPTY NEST, and MAMA’S FAMILY. She started out as an actress, performing on Broadway, Off-Broadway, in films and television. Her first job out of Smith College was in the original Off-Broadway company of One Flew Over the Cuckoo's Nest  with William Devane. She worked in Woody Allen films, including a notorious scene in Radio Days. She played Bianca in Kiss Me Kate with opera singer Patrice Munsel.  She played David Letterman’s wife in a special episode of his show about Christmas with his “family.”  A most memorable job was working in Take Me Along with Gene Kelly (when Sydney was VERY young). 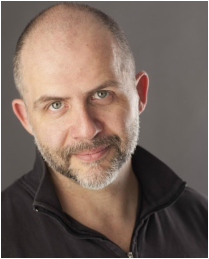 NATHAN FLOWER, Director
Nathan is a director, actor and choreographer having worked Off­ Broadway, nationally and internationally. NY Performance credits include BAM, Judson Church, Classic Stage Company, the Culture Project. Nathan is Associate Arts Professor in the Department of Drama at NYU’s Tisch School of the Arts where he teaches Meisner Acting technique and advanced movement training. He was Head of Movement Training at the Maggie Flanigan Studio (maggieflaniganstudio.com) from 2004-­2015 and is currently Director of the Movement Program at the Terry Knickerbocker Studio (terryknickerbockerstudio.com). Recent directing credits include A Few Good Men, Big Love, The Love of the Nightingale, Top Girls, Three Sisters, Crimes of the Heart, Angels in America. He has lived in Ossining for 6 years with his wife and three children.

CAST
Stage directions read by SUZANNE OCHS
The WCT Play Reading Series is part of our commitment to develop new plays. This play has been workshopped at WCT labs and participated in our collaborative dramaturg process. Audience feedback during our talk-back will facilitate further development of the work.
Copyright © 2013-2023 Westchester Collaborative Theater. All rights reserved.