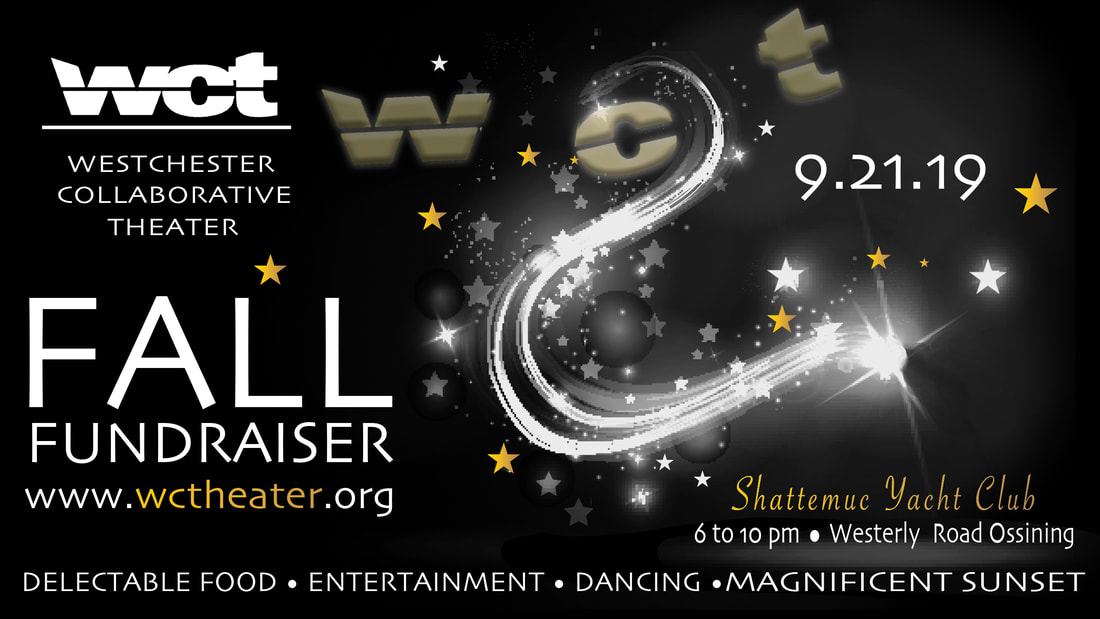 Join us at Westchester Collaborative Theater’s Annual Fall Fundraiser on September 21 at the Shattemuc Yacht Club in Ossining. This event is not only an opportunity to support WCT's mission but a time to celebrate the WCT community of artists and audience. We will have delicious food from Melike, a local favorite, and a short performance to show you one of our newest and best works.  We look forward to watching the sunset and commemorating a year of successful local theater together.
See you there! 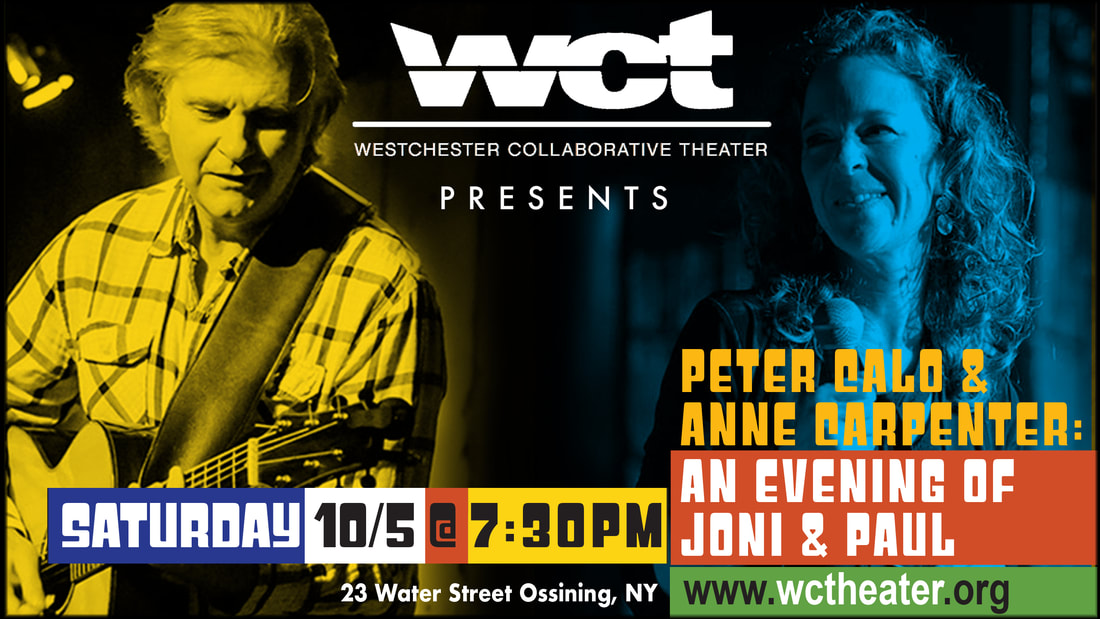 Joni Mitchell and Paul Simon, two songwriting giants, created some of the most endearing and lasting music of all time. Anne Carpenter and Peter Calo visit their immense library of music, performing classics and deep tracks, alike. Peter Calo has been Carly Simon’s guitar player and backing vocalist for the last 20-plus years. During his long relationship with Carly Simon. Peter served as her musical director, occasional producer and even song collaborator. Peter has performed with James Taylor, as well. Anne Carpenter, a bright star on the Westchester music scene, has had her original songs recorded by such artists as Sloan Wainwright. Join Anne and Peter for an intimate and informal
​evening of great music with guest artist, award-winning producer and composer John  Lissauer.
Proudly powered by Weebly
Copyright © 2013-2018 Westchester Collaborative Theater. All rights reserved.