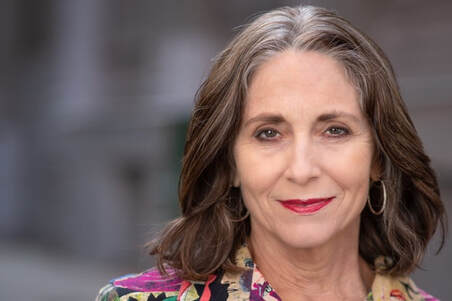 Have fun using exercises from the Uta Hagen Approach to creating a character.
The exercises will lead to deeper experiences in our scene work presented in class.
​
Susan Ward holds a BFA in Musical Theater from Florida State University. She went on to apprentice with The Miami Opera Company and The Burt Reynold’s Dinner Theater in Jupiter Fla. where she earned her membership to Actors Equity Association in 1986. She then moved to NYC where she performed in numerous Equity showcases, sketch comedy and cabarets including a touring cabaret of Rogers and Hart and an out of town stint in Provincetown performing 6 nights a week in Tom Wilson Weinberg’s "Ten Percent Revue.”

​In Westchester Susan is a member of WCT and Axial Theatre Ensemble where she has performed in numerous shows. She has also participated in The Aery Festival both as an actress and writer. In 2018 Susan began directing short plays and wrote an award-winning show called “Wasbian" for the 2019 United Solo Festival in NYC.

Her greatest influences as an actress have been Austin Pendleton, Jessica Hecht, Carol Rosenfeld, Olympia Dukakis and Eduardo Machado.

Select a button below to be directed to the appropriate sign up page
Copyright © 2013-2022 Westchester Collaborative Theater. All rights reserved.