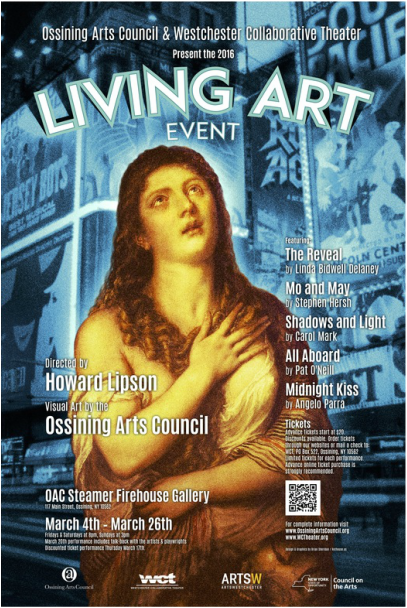 Docent-led tours took audience members through a gallery of artwork created by members of the Ossining Arts Council. When the tour, which ran approximately 90 minutes, reached an artwork that inspired a WCT playwright, a short play based on that piece was performed. This event was an expansion of the hugely successful pilot performances held in 2014 & 2013 and will be held over 4 consecutive weekends.

As part of this event, 25 artworks by local Ossining artists, members of the Ossining Arts Council, will be featured in the gallery tour. Five original short plays inspired by selected artworks will also be performed by an ensemble of WCT actors. 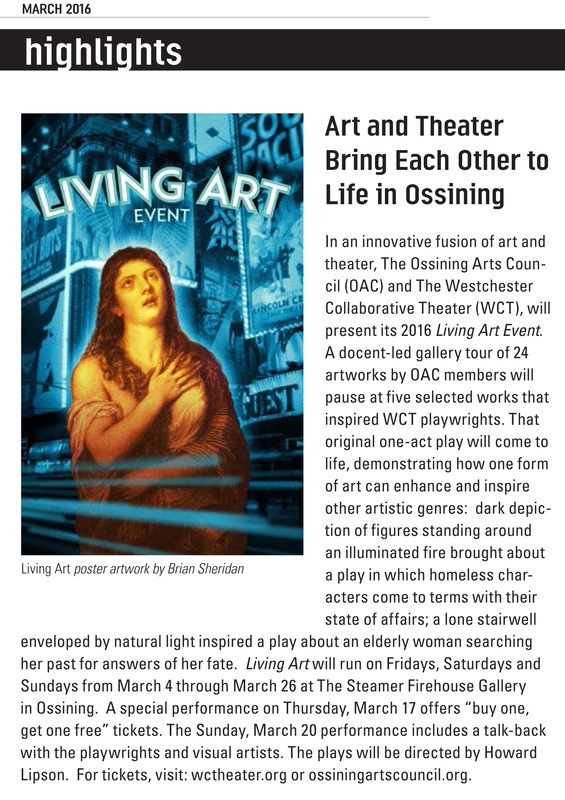 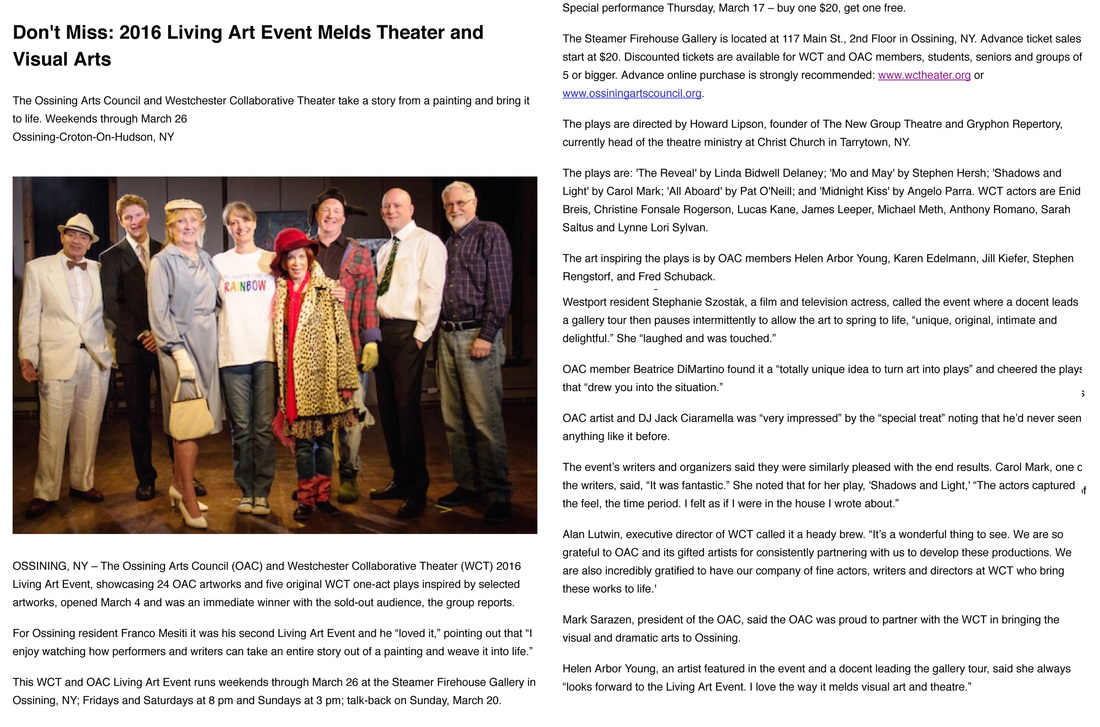 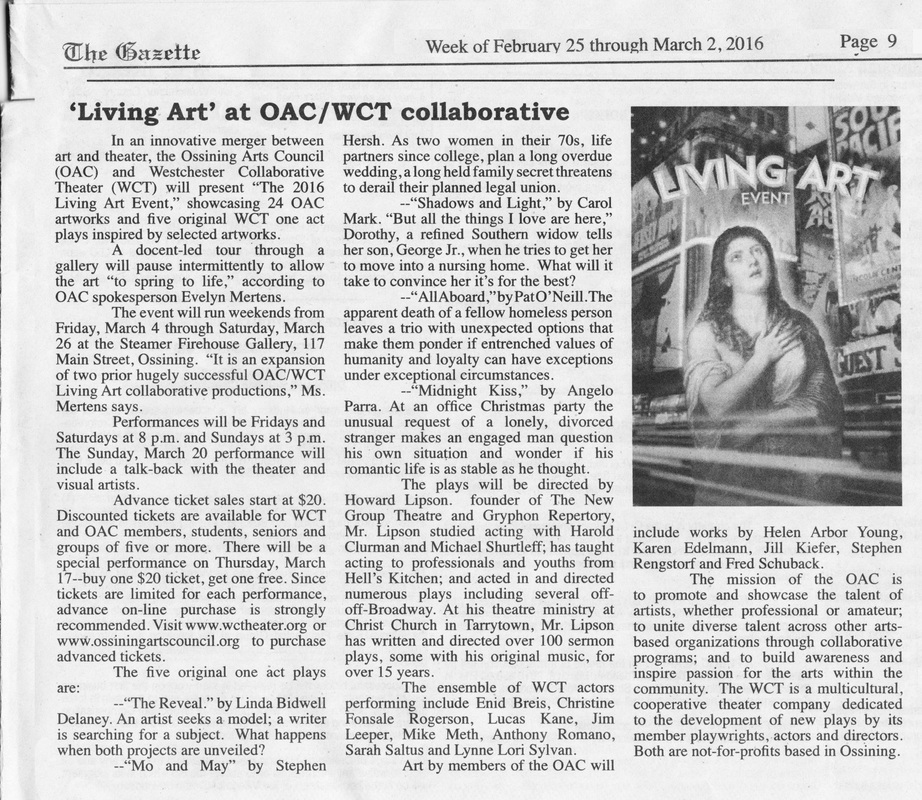